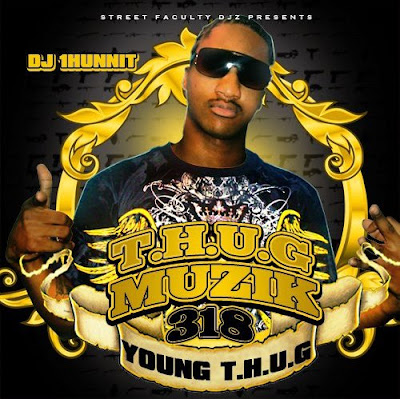 DOWNLOAD >>> http://mixbird.com/mixtapes/listen/thug_muzik_318
I was born in Monroe,Louisiana on August 21st as, De'Artae Rice, in the rough Southside Atkins Quarters neighborhood.The day I was born, My mothers younger brother died like a couple of hours before I was delivered.Growing up my mother and father really couldn't look out for me like they wanted to because, I had five other brothers and sisters, so it was kind of hard, so throughout the years I lived with my moms godparents, and my dads mom.My uncles and the streets raised me throughout the years of my upcoming, because, my parents really couldn't.I had to grow up really fast.Me and my cousin Ayanna would be outside at the ages of eight and nine seeing crack,weed,crime,prostitution, and everthing you can imagine in the ghetto.We used to say to each other "I hope we never have to do that",But all that changed when I turned 13, I started smoking weed and and a year later I started to hustle like I used to see my uncles do. I started off with small things like, selling cigarettes at school then, I moved to weed, and when I turned 16 all I thought about was money. A couple of months after I turned 16 I got stabbed by in a fight, after I came from the hospital, I told myself that I needed to slow down, but, my life speeded up. That went on for 4 years till I moved with my mom and dad and got closer to them and my family. I turned 17 and decided to pursue a career in rap, so I named myself Young T.H.U.G. and formed a group called The T.O.G. (Thowed Off Gang)ever since then it has been on, so if you wanna know more or if your ready to stop reading, download my mixtape it's hot!!!

MR MAGIC IS BACK WITH NEW LABEL AND NEW SINGLE B***H U MUST BE CRAZY!!!!! PRODUCED BY RODNAE DA BOSS 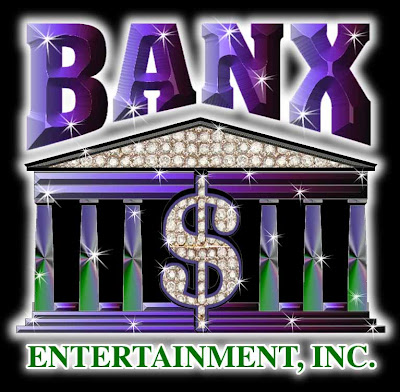 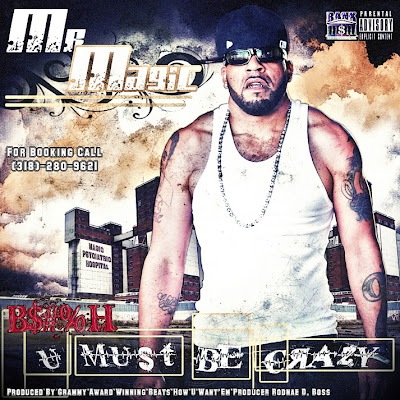 I RECENTLY HAD THE HONOR OF WORKING WIT A FORMAL NO LIMIT SOLDIER... MR. I SMOKE I DRANK... MR. WHAT U GONE DO...MR 9TH WARD HIMSELF MR. MAGIC... I HAVE RAN INTO HIM MANY TIMES AT SHOWS AND TOLD HIM I  WANTED TO WORK WITH HIM... BUT WITH BUSY SCHEDULES IT NEVER HAPPENED... IN 2010 I SPOKE TO HIM AT A SHOW IN MONROE LA AND TOLD HIM WHO'S ALBUMS I WORKED ON HE GAVE ME HIS NUMBER... I DIDNT KNOW IF IT WAS HIS MANAGERS NUMBER OR WHAT AND WE STILL DIDNT GET TOGETHER AND WORK... MY HOMIE FRED BANX WHO IS MR. MAGICS PARTNER AT BANX ENT. CALLED ME AND ASKED ME DID I WANNA WORK ON A NEW SINGLE FOR MAGIC AND I SAID HELL YEAH... SO FRED MY BIDNESS PARTNER AND I STRUCK OUT TO BATON ROUGE... AND RECORDED "BITCH U MUST BE CRAZY"... ITS STARTING TO HEAT UP ALREADY AND WE JUST STARTED THE PROMOTION AND MARKETING PROCESS... GO AND CHECK IT OUT AND DOWNLOAD IT BITCH U MUST BE CRAZY BY MR. MAGIC AND PRODUCED BY RODNAE DA BOSS>>> http://thisbelongsontheradio.com/you-must-be-crazy AND CHECK OUT HIS NEW SITE >>> www.504magic.com
MR. MAGIC IS BACK!!!!!
FOR BOOKING CALL 318-280-9621/BANXENT@GMAIL.COM
Posted by RODNAE DA BOSS at 10:43 PM No comments:

DIS MY FIRST POST SO I WILL GET BETTA IN TIME BUT LOOK ITS 2011 AND I'M STILL IN DIS BIIIIII!!!!!!... NEW MUSIC, NEW VIDEOS, NEW BIDNESS VENTURES... WE GOT SEVERAL PROJECTS COMING OUT DIS YEAR SO BE LOOKING FOR ALL OF THEM... WE HIT U WIT HITS SUCH AS "SKATE, CHECK ME OUT, BUSS IT BUSS IT, DONT DO ME, WE BE JIGGIN, BREAK U OFF PROPER, HOTEL MOTEL, TAPOUT, STROKE, STUNT ON ME, MAN AND I CAN KEEP GOIN BUT DAT WAS ALL LAST YEAR AND BACK... WE DONE HOOKED UP WIT FRED BANX CEO OF BANX ENT. AND CO-CEO OF "LOUISIANA CASH (WALK WIT A DIP) ON ISG ENT. MAN AINT NO TELLING WATS BOUT TO HAPPEN... ITS ALL TIMING, PLANNING AND PLOTTING... WE IN DIS BIIIIIIII!!!!!!!!!!!!!! FOLLOW US ON TWITTER @RODNAEDABOSS @SOUFMADEENT @BANXENT @SOUFMADECLICK @FOYBOY318 @YUNGREED318 @YUNGDUKE @YUNGSTANLO ....
TO MY FELLOW MONROE ARTISTS IF U SPEND ALL UR TIME CONCENTRATING ON DA PROBLEM AND NOT A SOLUTION U WASTING UR TIME... DONT BLAME NOBODY BUT URSELF FOR HOW FAR UVE GOT IN UR CAREER... I HAD TO REALIZE DAT OVA DA WHOLE 2010... MAKE A SOLUTION...
SHOUT OUT TO
WWW.SCMRADIO.COM
WWW.SWAGGNEWS.COM
WWW.LAKECITYLOCS.COM
AND DA GODJ'S
NEW PROJECTS DROPPIN DIS YEAR.... 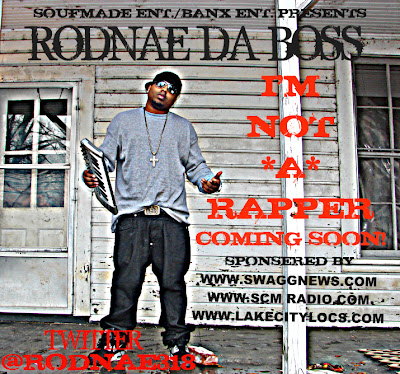 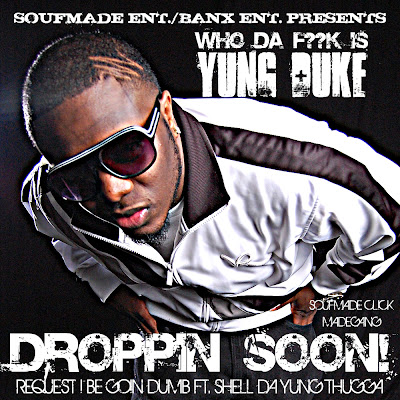 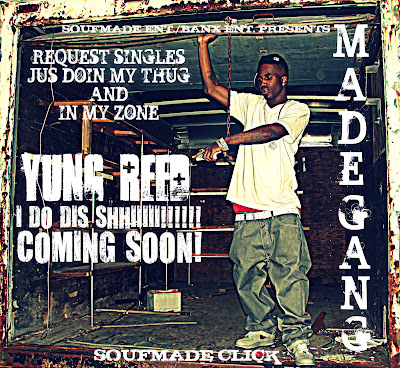 RODNAE DA BOSS
Multi-Platinum and Grammy Award Winning Producer of: lil wayne -dont get it aka misunderstood on da carter III plies -somebody loves you on definition of real hurricane chris -last call ft. bobbi valentino on unleashed foxx of trill ent. -beat it up, she said ft. trey songz on street gossip and also coogi down... hurricane chris and lil boosie -chest wide open on a badazz hurricane category 7... got bunch of new stuff wit rocko da don, did mr magic new single, and got my bid in for da carter 4... My artists are yung duke, yung stanlo, foy-boy, and yung reed... I am also co-ceo of beats how u want'em wit Raphael RJ2 and King Al Hefner... management is st. customs management consisting of mousa and formal no limit soldier fiend... download all our mixtapes and projects coming up... 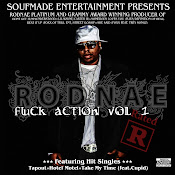 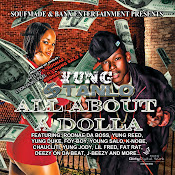 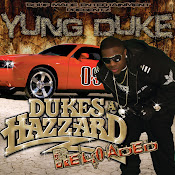 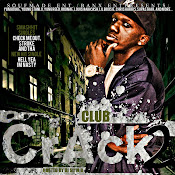 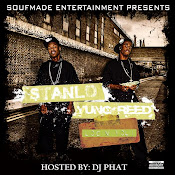 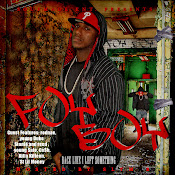